George Orwell parody from 1985, written by William Osborne and Richard Turner
from archive.org

To subscribe to a personalised Nineteen Ninety-Four podcast, starting today with and with a new episode , use the following URL: 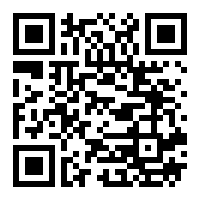 Nineteen Ninety-Four is a BBC Radio 4 comedy series and a book written by William Osborne and Richard Turner. The six-part radio series was first broadcast in March 1985, and the book published in 1986. The title is a reference to the dystopian novel Nineteen Eighty-Four by George Orwell.