A Canticle for Liebowitz

To subscribe to a personalised A Canticle for Liebowitz podcast, starting today with and with a new episode , use the following URL: 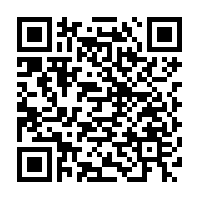 A Canticle for Leibowitz is a post-apocalyptic science fiction novel by American writer Walter M. Miller, Jr., first published in 1960. Based on three short stories Miller contributed to The Magazine of Fantasy and Science Fiction, it is the only novel published by the author during his lifetime.

Set in a Roman Catholic monastery in the desert of the southwestern United States after a devastating nuclear war, the story spans thousands of years as civilization rebuilds itself. The monks of the Albertian Order of Leibowitz take up the mission of preserving the surviving remnants of man's scientific knowledge until the day the outside world is again ready for it.

This 15-part full-cast abridged serial of the novel was adapted for radio by John Reeves and broadcast in 1981 by National Public Radio (NPR). Directed by Karl Schmidt, it was produced by him with Marv Nonn. Carol Cowan narrated the production.