A Case For Dr Morelle

To subscribe to a personalised A Case For Dr Morelle podcast, starting today with and with a new episode , use the following URL: 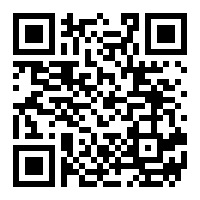 Monday Night At 8 was a popular series developed by Harry Pepper and Ronnie Waldman and broadcast over the BBC during World War II and eventually airing for eight seasons. During the third season of Monday Night At 8, Ernest Dudley, an actor and writer, introduced his aloof, imperious criminologist, Dr. Morelle to the worldwide audience of the BBC. The Monday Night At 8 segments featuring Dudley's character were called Meet Dr. Morelle, starring Dennis Arundell as Dr. Morelle and Morelle's assistant, Miss Frayle, was portrayed by Jane Grahame. Jane Grahame was also the wife of Ernest Dudley. Arundell and Grahame continued in the recurring roles between 1942 and 1946.

During the 1947-1948 season appearances of Meet Dr. Morelle, Morelle was portrayed by Heron Carvic. Ernest Dudley went on to write five novels centered around his 'detective you love to hate,' and teamed with Arthur Watkyn to write a stage play, Dr. Morelle based on the character. Dudley reportedly conceived the character of Dr. Morelle while sitting in the coal cellar of his Bristol flat during Luftwaffe raids during the 1940s. He fully intended his character and his stories to have a light-hearted, humorous flavor.

The programme was an instant hit in a perfect mating of actor to material. Dr. Morelle is reintroduced in the premiere episode by way of a chance meeting with his 'former' assistant Miss Frayle. Somewhat reminiscent of how Agatha Christie's character, Hercule Poirot, first met his Miss Lemon, Miss Frayle comes to Dr. Morelle hoping to enlist his interest in the problem of an acquaintance of hers. Dr. Morelle, as it transpires, is at loose ends having just lost his assistant of some years and spends as much in the first episode solving a murder as trying to woo Miss Frayle back as his assistant. The premiere episode, Alarm Call, also gives Cecil Parker an opportunity to establish his characterization of Dr. Morelle. Parker, a gifted international character actor, was at ease playing straight dramatic roles as light comedy and his light comedy background suits the characterization of Dr. Morelle to a tee.

The format of the series follows the 'teaser' fashion by then popularized for some years over both Radio and Television, with a compelling preview portion of the script, followed by the theme music and announcement of the episode's title. Dr. Morelle is referred to as a Harley Street Doctor of Psychiatry, specializing in criminal psychology. Dr. Morelle is also possessed of an unshakeable confidence in his opinions, conclusions and psychological impressions of virtually everyone he meets. But he's not without eccentricities. By his own admission he's, for example, afraid of ascending stairs -- a self-described throwback to his childhood.