Reports on the Afterlife

To subscribe to a personalised Reports on the Afterlife podcast, starting today with and with a new episode , use the following URL: 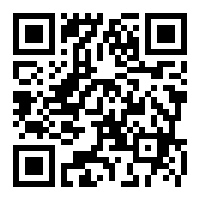 The author Kurt Vonnegut (1922-2007) worked with WNYC producer Marty Goldensohn on a 1998 series known as Reports on the Afterlife. A year earlier, Vonnegut explained these reports would come as a result of "controlled near-death experiences."

Making this possible were Dr. Jack Kevorkian and the facilities of a Huntsville, Texas execution chamber. Together they provided the author with the ability to make "more than one hundred visits to Heaven, and my returning to life to tell the tale," he wrote. That tale is about Vonnegut's take on the way a number of the dead review their own lives. Among those interviewed were the famous, infamous and little known. They included: Eugene Victor Debs, Sir Isaac Newton, Frances Keane, Peter Pellegrino, Adolf Hitler and Burnum Burnum.

(WYNC Editor's note: "We have not been able to locate all of the interviews in this series since they were produced before the archives was founded as a formal department.")