To subscribe to a personalised Alan Bennett Drama Omnibus podcast, starting today with and with a new episode , use the following URL: 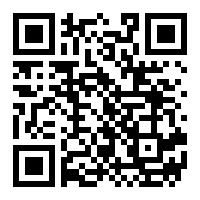 A Rowboat In The Cellar by Mick Jackson


A homemade rowboat leads an old man from his cellar to a magical cavern for the retired.

A Visit From Miss Protheroe


Alan Bennett's idiosyncratic take on the Hamlet story adapted for radio. Seen largely through the beady eyes of a 15 year old schoolgirl, this is Bennett in black comedy mode.


The play is set in a leafy south London suburb, in the year of an election. Gwen's husband, Frank, lies ill in bed upstairs while downstairs Harriet, her daughter, is struggling with an essay on "Shakespeare's view of the family". In the aftermath of Frank's death we slowly realise we are being drawn into a strangely familiar story - a suburban Hamlet. In different guises here come Claudius, Gertrude, Rosencrantz and Guildenstern, Polonius and Ophelia. Even the players play their part.


Denmark Hill was originally written as an uncommissioned TV/film screenplay in 1981/2. For whatever reasons, Bennett can't remember, he kept it in a drawer until it went with all his papers to the Bodleian library for archival storage. Honor Borwick urged Tristram Powell, with Bennett's permission, to search the archives. At last Powell unearthed the hand typed script.


Denmark Hill is Bennett's own kind of observational comedy, the Hamlet connections are never heavy, just lightly touched on. It is narrated by Alan Bennett, directed by Tristram Powell, adapted for radio by Honor Borwick and produced by Marilyn Imrie.


Albion House's retiring headmaster is outraged by the school's traditional end-of-year play which is being produced by his successor.


The headmaster can only see his beloved standards being mocked. Yet within the parody lies a painful nostalgia for a more peaceful, vanished age.


Starring Alan Bennett as the Headmaster, Eleanor Bron as Matron, Robert Bathurst as Franklin, Adam Godley as Tempest, Auriol Smith as Miss Nisbitt, Nicholas Boulton as the Teacher, Ilan Goodman as the Head Boy and Gavin Muir as the Radio Voice.


Original music by Colin Sell, performed by members of the East 15 Acting School.


A series of prose pieces about Bennett's early experiences of music.


His memories have been set to music by the celebrated film composer, George Fenton, and were premiered in performance by the Medici String Quartet at the Harrogate Festival in August 2001.

Present-day Kafka aficionado Sydney, and his wife Linda, are visited by the long-dead Kafka and his friend Max Brod (with whom Kafka had left instructions for all his works to be burned - instructions which Brod chose to ignore).


As we spend time with the unusual party, it becomes clear that Kafka's wish was for anonymity - and also that he had serious issues with his father. When his parent turns up, he is in possession of a very personal secret relating to his son - one which Kafka is terrified he will disclose...


Alan Bennett's reading of children's stories have become classics in their own right.


Now he brings his distinctive voice to JM Barrie's story of the little boy who wouldn't grow up. To the night nursery of the Darling Children, Wendy, John and Michael, comes Peter Pan, a motherless half magical boy who teaches them how to fly and takes them through the skies to the Never Never Land, a place peopled with mermaids, wolves and pirates led by the dastardly Captain Hook.


The children, with the fairy Tinker Bell and the Lost Boys enjoy a series of amazing adventures before flying home.

The Clothes They Stood Up In

The Last Of The Sun [Thora Hird]


Written especially for her and introduced by the author, Alan Bennett.

The Madness Of King George III


The King is losing his mind. Doctors are brought in as his eccentric behaviour becomes more bizarre and erratic, while his son, the Prince Regent, waits - and plots.


A middle-aged man and woman chat politely in a hotel. Neither is quite what they seem to be.


More than three decades on from Forty Years On, Bennett turns his attention once more to education - encompassing both the tussles of staffroom rivalry and the anarchy of adolescence.


Alan Bennett's play, set in the Eighties in the fictional Cutlers' Grammar School, Sheffield. The play follows a group of history pupils preparing for the Oxbridge entrance exams under the guidance of three contrasting teachers and a headmaster with ambitions to move the school up the academic league table.


The drama features the original National Theatre cast, including Richard Griffiths (Pie in the Sky and Bleak House) and James Corden (The Wrong Mans and The Late, Late Show).