Reports and propaganda from Simon Munnery as Alan Parker, Urban Warrior.
from fistoffun.net

To subscribe to a personalised Alan Parker's 29 Minutes Of Truth podcast, starting today with and with a new episode , use the following URL: 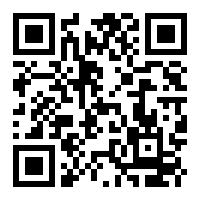 Alan Parker Urban Warrior, the clueless, Sham 69-obsessed, cod-radical creation of character comedian Simon Munnery, offered the people of Britain â29 minutes of truthâ¦ and one minuteâs silenceâ¦ in memory of the people no-one remembersâ in this âbuiltâ show which mixed urgent propaganda with half-cocked reports on the state of the nation. Alan, a latterday Wolfie Smith, aimed to provoke revolution using a Mockney accent, an assortment of sampled Clash riffs and some spectacular slogans (âOn your side!â; âThe Birmingham Six are free â when will the rest of Birmingham be free?â; âPeople of Britain! Donât let them trample you into the ground! Trample yourselves into the ground! Then blame them.â)