To subscribe to a personalised All Fair In War podcast, starting today with and with a new episode , use the following URL: 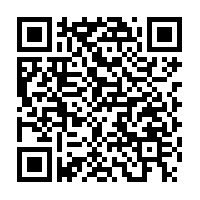 BBCR 4 2015
Historian and writer Ben Macintyre presents
a series on bluff and guile in battle
Episode 1 26/10/2015
All Fair in War: A History of Military Deception "All warfare is based on deception", wrote ancient Chinese philosopher and military strategist Sun Tzu. It may have been written five centuries before the birth of Christ, but his handbook The Art of War is as relevant now as it ever was. Historian and writer Ben Macintyre starts his 5-part focus on bluff and guile in battle with a look at the original strategists' bible.
Episode 2 27/10/2015
All Fair in War: A History of Military Deception In the Old Testament of the Bible, Joshua takes the city of Ai for the Israelites by pretending his army is running away. Believing they have routed their enemy, the city's defending fighters give chase to finish the job. Only then does a hidden Israelite attack-force rush into the city to set it ablaze. It is one of the earliest recorded instances of military deception. In episode 2 of his series, historian Ben Macintyre explores how this kind of feint has been a central tenet of military strategy ever since.
Episode 3
28/10/2015 All Fair in War: A History of Military Deception You probably know the original apocryphal story; after 10 years laying siege to Troy, the Greeks pretend to sail away, leaving behind a giant wooden horse. When night falls, a small Greek force creeps from the horse and opens the city's gates to the invaders. But there have been 'Trojan Horse'-style plots throughout history, from an extremely committed Persian general who cut off his own ears and nose to take Babylon, to Agincourt-era Scots masquerading as English troops in Northern France. In episode 3 of his focus on ruse and bluff in battle, historian Ben Macintyre also looks at more modern examples of sneaking behind enemy lines.
Episode 4 29/10/2015
All Fair in War: A History of Military Deception Knowledge is power. Nowhere is this more true than in the theatre of battle. In part 4 of his series, historian and writer Ben Macintyre looks at how espionage and misdirection -often through networks of spies and double-agents - relies on understanding your enemy's psychology. We'll also hear from a former member of the legendary SAS on how information control is vital to success in special forces' operations.
Episode 5 30/10/2015
All Fair in War: A History of Military Deceptionries,For as long as there have been predators and prey, there has been camouflage. That said, the term was only coined, in a military sense, during World War One. The development of the rifle and then the sniper made it an ever more crucial aspect of battle. In this final episode of his seistorian Ben Macintyre also explores the role of military deception in modern-day warfare.