An American in England

1942 documentary drama about life in wartime England
from archive.org

To subscribe to a personalised An American in England podcast, starting today with and with a new episode , use the following URL: 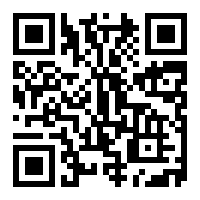 An American in England was a radio drama series about World War II. Presented in a documentary form, the show began airing on 1942 and featured Norwan Corwin, an American WWII reporter. Corwin was interviewing British people and narrating the events that were taking place in England back then. The series was produced by Edward R. Murrow, with music by Benjamin Britten.

Corwin auditioned several British actors for the role of narrator, but at the last minute he rejected them all and sent for American actor Joseph Julian to come to England to do the show. Julian arrived via bomber, the day before the first broadcast.

The purpose of the series was to let America see what the British people were really like, through the eyes of an American. The series ran for just six episodes on CBS, in the summer and fall of 1942.