To subscribe to a personalised Arabian Nights podcast, starting today with and with a new episode , use the following URL: 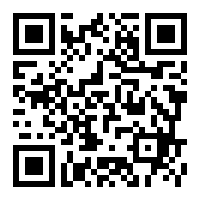 This multicast dramatisation of Arabian Nights: Volume 1 is a reenvisioning of three iconic tales - with a twist. Adapted by the great Marty Ross, whose previous audio dramas include Romeo and Jude, Dark Shadows, Doctor Who and Treasure Island, listeners can expect to hear Scheherazade, Ali Baba & the Forty Thieves and Julnar of the Sea as they've never done before. Step out of your comfort zone and indulge in the dark and fantastical world we've created. Travel with Mermen across the White City, go in search of treasures in hidden caves with Ali and Kasim and let yourself be guided by Scheherazadeâs vision as she gives in to a deadly romance with Sultan Shahriya.

In Scheherezade, a woman finds herself the object of desire of a powerful Sultan with murderous desires. Her only chance at saving her life is by using the one power she herself possesses: her gift for telling enchanting stories, the very stories that follow in this drama....

Ali Baba & the Forty Thieves tells the tale of an impoverished husband and wife whose lives change drastically when husband Ali discovers the cave where a local gang of bandits are hiding their treasure. A happy ending? Not quite, as the money brings dangerous complications in the form of the greed of Ali's brother and sister-in-law and the determination of the bandits not to be stolen from. Can Ali save himself - or will his wife, Marjana, have to do all the work - in this taut romantic thriller?

In Julnar of the Sea, a merwoman finds the love of a mortal King and they produce a son, Prince Badr Basim. Julnar will have to look out for her son, Badr, as, true to his undersea birthright, he seeks out the love of Princess Jawhera of the Merfolk. She is haughty and her father King Es Semendel positively hostile, casting Badr into a dramatic odyssey which will take him to the island of a beautiful sorceress who makes literal pets of her lovers. Can Julnar and her brother, Salim, find and save Badr in time?

In volume 2 of Arabian Nights we return to Sultan Shahriyarâs palace, where Scheherezade is using her spellbinding storytelling abilities to save both her and her sisterâs lives. As much as the Sultan wants to kill her, each night he is drawn in by her tales and spares them. Scheherezade weaves a long, winding and exciting tale about Sinbad the Sailor, a reckless young man who has inherited his fatherâs wealth and spends it foolishly. His debts eventually force him to leave Baghdad and find his way alone. However, his journey quickly takes a turn when he is led to sea by a mysterious woman dressed in blue, which begins his long and dramatic adventures at sea.