Four surviving BBC radio thrillers from the 1940s
from archive.org

To subscribe to a personalised Appointment With Fear podcast, starting today with and with a new episode , use the following URL: 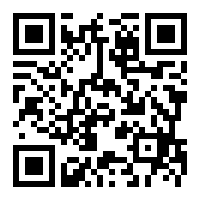 Appointment with Fear was a horror drama series originally broadcast on BBC Radio in the 1940s and 1950s, and revived on a number of occasions since. The format comprised a dramatised horror story of approximately half an hour in length, introduced by a character known as the Man in Black. The plays themselves were a mixture of classic horror stories by writers such as Edgar Allan Poe, M. R. James and W. W. Jacobs, and commissioned stories by new or established writers. Many of the stories in the early series were written or adapted by John Dickson Carr.

Appointment with Fear ran for nine series between 1943 and 1955, initially on the BBC Home Service and from September 1945 on the Light Programme.

Only four episodes are known to survive.