"Your man when you can't go to the cops. Confidentiality a specialty."
from archive.org

To subscribe to a personalised Barrie Craig, Confidential Investigator podcast, starting today with and with a new episode , use the following URL: 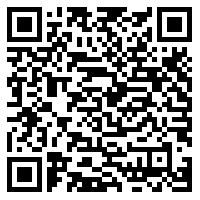 William Gargan, who also played the better known television (and radio) detective Martin Kane, was the voice of New York eye Barrie Craig while Ralph Bell portrayed his associate, Lt. Travis Rogers. Craig's office was on Madison Avenue and his adventures were fairly standard PI fare. He worked alone, solved cases efficiently, and feared no man. As the promos went, he was "your man when you can't go to the cops. Confidentiality a specialty."

This series has been produced with various spellings of the primary character name. Barrie Craig, Confidential Investigator is one of the few detective radio series that had separate versions of it broadcast from both coasts. Even the spelling changed over the years. It was first "Barry Crane" and then "Barrie Craig". NBC produced it in New York from 1951 to 1954 and then moved it to Hollywood where it aired from 1954 to 1955. It attracted only occasional sponsors so it was usually a sustainer.