To subscribe to a personalised Richard Barton: General Practitioner! podcast, starting today with and with a new episode every days, use the following URL: 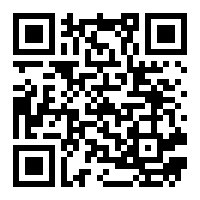 In this series, written by the son of one of the writers of the original series, Dick Barton is now elderly and recovering from an operation in the home of his country doctor son Richard (known to his father as "Muffin") and his lawyer daughter in law. Dick is writing his memoirs, though is now prone to getting a little confused. Nonetheless, he still manages to get into adventures, though rather more prosaic than his earlier adventures, albeit that there are parallels with his earlier adventures. For example, in the late 1940s, he helped a rocket scientist escape from an imaginary communist state. Now, Dick and his son go on holiday there, Dick setting off in pursuit of somebody who has taken his suitcase - but only after having caused a nervous fellow plane passenger to lose their breakfast all over Dick's trousers - and accidentally tracks down a drug smuggler.