2002 BBC series of four sci-fi and horror stories
from archive.org

To subscribe to a personalised Chillers podcast, starting today with and with a new episode , use the following URL: 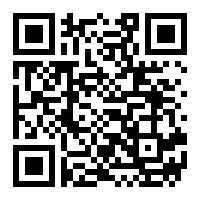 Chillers was a 4 episode series of stories adapted by Mike Walker. All four plays were based on excellent Science Fiction and Horror tales. The series was first broadcast on BBC Radio 4 between January 24th 2002 and February 14th 2002.

"Who Goes There?" 2002-01-24
Based on story by John W. Campbell
An alien being is found frozen in the ice of Antarctica. When it is thawed, it awakens, to become a threat to the small base camp. In fact, it's a threat to all life on earth, as it can change shape and absorb the life and bodies of every living thing it comes in contact with.

"I Have No Mouth, And I Must Scream" 2002-01-31
Based on story by Harlan Ellison
The Hugo Award winning short story this play was based on first appeared in the March 1968 issue of Worlds Of If.
This is a tale of five people kept alive by AM, a computer that came alive, waged war and won against mankind. It's hatred of mankind is so profound, that it kept these five alive only to torture them.

"Delta Sly Honey" 2002-02-07
Based on story by Lucius Shepard
First appeared in a 1987 anthology entitled In the Field of Fire, which was a collection of SF and Fantasy stories dealing with Vietnam.
Taking place in the Vietnam War era, this is the story of a Southern country boy who exorcises his demons making late night broadcasts to phantom military units. Then, one answers.

"Corona" 2002-02-14
Based on story by Samuel R. Delany
First published in Fantasy And Science Fiction Magazine's October, 1967 issue.
This is the story of an injured man and a girl who seeks death to free her from the pain that comes from her telepathic ability. Their common bond is a pop musician who offers peace to both.