To subscribe to a personalised Parsley Sidings podcast, starting today with and with a new episode , use the following URL: 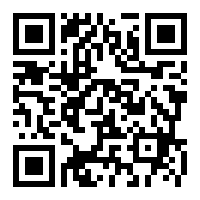 Parsley Sidings was an early 1970s BBC Radio sitcom starring Arthur Lowe and Ian Lavender (who were also starring in television's Dad's Army at the time), together with Kenneth Connor and Liz Fraser (from the Carry On films).

Created and written by the renowned Jim Eldridge, the show is set in a sleepy out of the way railway station in the Midlands, on the line between Euston and Birmingham.

The main characters are the station master, Horace Hepplewhite (played by Lowe); his son, Bertrand (Lavender); station porter Percy Valentine (Connor); Mr Bradshaw, the signalman (also played by Connor); and station tannoy announcer Gloria Simpkins (Fraser). The guest cast in some episodes included Bill Pertwee (also from Dad's Army), Pat Coombs (also from the Carry On films), Graham Stark (from the Pink Panther films) and Roger Delgado (The Master in Doctor Who) with the announcer for the programme being Keith Skues. The series was produced by Edward Taylor, and was broadcast on Friday evenings on BBC Radio 2.

The BBC then set about recreating the entire run of the two series using audio compiled from both its own archive and the private collections, with the intros and outros re-recorded by original on-stage announcer Keith Skues.