Three dramas and a Desert Island Discs episode
from archive.org

To subscribe to a personalised Beryl Bainbridge Omnibus podcast, starting today with and with a new episode , use the following URL: 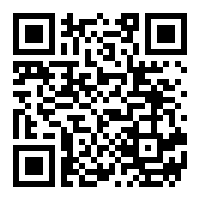 Beryl Bainbridge began her career as an assistant stage manager at the Liverpool Playhouse, and went on to become a writer.
In conversation with Michael Parkinson, she talks about her acting career, about how, through writing to fill in the time, she became a successful novelist, and about her painting.
She also chooses the eight records she would take to the mythical island.
[Taken from the original programme material for this archive edition of Desert Island Discs]
Favourite track: Simple Little Melody by Oscar Straus
Book: The Worst Journey in the World by Apsley Cherry-Garrard
Luxury: Old-fashioned diary with pens

Love By All Sorts Of Means [Omnibus]


A biography by Brendan King, who worked for the novelist Beryl Bainbridge for 23 years.


Maxine Peake and Diane Morgan met auditioning at drama school, where they fell in love with Beryl Bainbridge's darkly comic novel The Bottle Factory Outing. They've wanted to play Freda and Brenda, the hapless yet hilarious central characters, ever since..


And so here they are, performing it at the BBC Radio Theatre, where they start by introducing it to the audience and talking about their love for the book and what makes it so good.


With Sue Johnston as the narrator of the book, and Jonathan Keeble as all the male characters.


It's 1970. Two Northerners, Freda and Brenda share a bedsit in London and work in the local Bottle Factory, run by a family of Italians. On the day of the annual factory outing, the van Freda's booked fails to turn up...and things rapidly go from bad to worse... A black comedy with the suspense of a thriller .


Brenda and Freda share a flat in London, and secrets. When Brenda confides her 'goings on' in the cellar of the bottle factory with the married Rossi, Freda decides it has got to stop. She will confront Rossi and save her friend.


The day of the planned factory outing arrives, but begins badly. Brenda and Freda end up in a Ford Cortina driven by Rossi with Vittorio beside him. At the last minute Patrick tries to squeeze in the car but is rejected by Freda.


They drive to Windsor Park for a picnic, and games. As the group drifts apart Freda is left with Vittorio. She's just about to start her seduction of him when Patrick pops up and is angry with her.


In the heat of the day, suspicions and passions flare. .


Jane Rogers has faithfully adapted this hilarious, dark novel. Her own books include Mr Wroe's Virgins, which she adapted for TV and Island. Other adaptations for radio include Shirley by Charlotte Bronte and Lorna Doone.


Directed in Manchester by Susan Roberts.