To subscribe to a personalised Big Town podcast, starting today with and with a new episode , use the following URL: 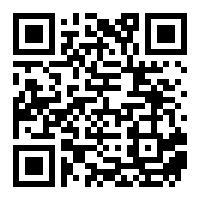 Big Town was a popular long-running radio drama series which was later adapted to both film and television and a comic book published by DC Comics.

The radio program aired from October 19, 1937, to June 25, 1952. It was produced by William N. Robson and Crane Wilbur, and written by Jerry McGill. Theme music was by Fran Frey. Edward G. Robinson had the lead role of Steve Wilson, crusading editor of the Illustrated Press, from 1937 to 1942. Claire Trevor was Wilson's society editor sidekick with Ona Munson taking over that role in 1940. Edward J. Pawley portrayed Steve Wilson from 1943 until 1952 when Walter Greaza was heard as Wilson in the final episodes. Fran Carlon played Pawley's sidekick and "star reporter", Lorelei Kilbourne, from 1942 to 1952. During the period in which Pawley starred, Big Town was rated No. 1 among all of the reporter-type drama series on radio. It was also rated in the top 12 among all radio programs broadcast and had a listening audience rated between 10 and 20 million people.

Ken Niles was the announcer.