15-minute mystery drama from the 1940s
from archive.org

To subscribe to a personalised Blackstone, The Magic Detective podcast, starting today with and with a new episode , use the following URL: 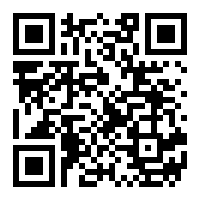 Blackstone, the Magic Detective was a 15-minute radio series which aired Sunday afternoons at 2:45pm ET on the Mutual Broadcasting System from October 3, 1948 until April 3, 1949.

The series, starring Ed Jerome as "the world's greatest living magician," was based on real-life magician Harry Blackstone Sr. Storylines usually opened with Blackstone (Jerome) telling his friends John (Ted Osborne) and Rhoda (Fran Carlon) about an experience from his past, and this mystery story was then dramatized in a flashback. At the end, Blackstone challenged the audience to find a solution to the magical mystery. Each show concluded with Blackstone outlining a trick that listeners could perform for the amusement of their friends.

The announcer for the series was Alan Kent, and the background organ music was supplied by Bill Meeder. The scripts were written by Walter B. Gibson, the ghostwriter of Blackstone's books.