To subscribe to a personalised Bradbury 13 podcast, starting today with and with a new episode every days, use the following URL: 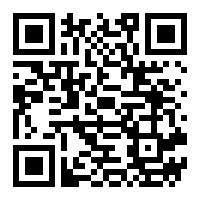 Adapted for National Public Radio in 1983.

The Ravine: A small-town serial strangler is stalking women, but Lavinia Nibbs refuses to let him spoil her night out. Ray Bradbury's thriller stars Barta Heiner.

There Was an Old Woman: Five men with a wicker basket arrive at Tildy's house, but not to do her shopping. Ray Bradbury's comic-horror tale stars Ruth Hale.

Kaleidoscope: The aftermath of a disaster in space. Can there be beauty in dying? Ray Bradbury's classic tale stars Scott Wilkinson.

Dark They Were and Golden Eyed: The Bittering family aim to make the best of life on Mars. Ray Bradbury's tale of alienation stars Bryce Chamberlain.

A Sound of Thunder: A safari into the prehistoric past sparks unexpected results. Adaptation of one of Ray Bradbury's most famous yarns, starring Max Robinson.

The Man: Captain Hart is upset with his welcome when he lands on a planet. Ray Bradbury's tale set in space stars Max Golightly.

The Wind: The mounting wind proves to be an enemy for one man. Ray Bradbury's atmospheric tale stars Bob Nelson.

The Fox and the Forest: A couple take refuge 200 years in the past to escape a bitter war. Ray Bradbury's tale of conflict stars Neil Barth.

Here There Be Tygers: A planet spurned is no friend to man. Ray Bradbury's surreal space tale stars Max Robinson.

The Happiness Machine: An inventor's machine is guaranteed to make everyone happy, except his wife. Ray Bradbury's tale of strife stars Jesse Bennett.