To subscribe to a personalised Billy Bunter podcast, starting today with and with a new episode every days, use the following URL: 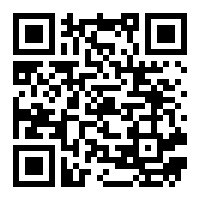 William George "Billy" Bunter is a fictional schoolboy created by Charles Hamilton using the pen name Frank Richards. He features in stories set at Greyfriars School, originally published in the boys' weekly story paper The Magnet from 1908 to 1940. Subsequently, Bunter has appeared in novels, on television, in stage plays, and in comic strips.

He is in the Lower Fourth form of Greyfriars School, known as the Remove, whose members are 14-15 years of age. Originally a minor character, his role was expanded over the years with his antics being heavily used in the stories to provide comic relief and to drive forward the plots.

1 Bunter, the Hero.
The fat owl, the old fat foozler, the immortal chump of Greyfriars School, William George Bunter and his chums from the Remove are brought back to life by another group of pranksters in this story from Bunter, the Bad Lad.

2 Billy Bunter Afloat
Billy Bunter and his chums are spending the hols on the river Thames. Someone has lent Bunter a boat - or have they?

3 Bunter On Trial
William George Bunter of Greyfriars School faces a form trial. With Lord
Mauleverer presiding as judge, will the Fat Owl of the Remove get off?

4 Bunter in Brazil
The immortal chump and his form mates from Greyfriars School join Lord Mauleverer on a trip to Brazil.

5 Bunter's Night Out
Billy Bunter and his chums in the Remove decide to take a short cut through Popper Court Woods - forbidden territory to pupils at Greyfriars School.
Extracted from Billy Sunter and the Blue Mauritius by Frank Richards

6 Chunkley's Stores
Bunter is on the trail of tuck. The Owl of the Remove is about to pull off the greatest wheeze ever attempted at
Greyfriars School ...