To subscribe to a personalised Candy Matson, YUKON 2-8209 podcast, starting today with and with a new episode , use the following URL: 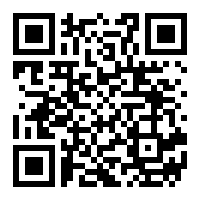 Candy Matson was the private eye star of Candy Matson, YUkon 2-8209, an NBC West Coast show which first aired in March 1949 and was created by Monty Masters. He cast his wife, Natalie Parks, in the title role of this sassy, sexy PI. Her understated love interest, Lt. Ray Mallard, was played by Henry Leff while her assistant and best pal, aptly named Rembrandt Watson, was the voice of Jack Thomas.

Every show opened with a ringing telephone and our lady PI answering it with "Candy Matson, YU 2-8209" and then the organ swung into the theme song, "Candy". Each job took Candy from her apartment on Telegraph Hill into some actual location in San Francisco. The writers, overseen by Monty, worked plenty of real Bay Area locations into every plot.

Candy was bright, tough, and fearless. She used her pistol infrequently, but was unintimidated by bad guys, regardless of circumstances. Threats, assaults, and even bullets would usually produce a caustic, but clever, response for this blonde sleuth. She and Mallard were frequently working the same case, but she usually solved it first.

OTR experts generally agree that this show was the finest of all the female PIs. Although the show ran until May 1951, it never attracted a sponsor (although the first season's final episode ended with the announcement that "Candy Matson Is San Francisco's Most Popular Program").