The Casebook of Gregory Hood

1940s detective series about an importer of rare items
from archive.org

To subscribe to a personalised The Casebook of Gregory Hood podcast, starting today with and with a new episode , use the following URL: 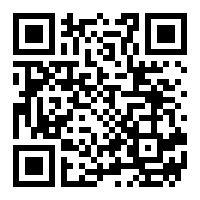 The Casebook of Gregory Hood was a radio detective program in the United States. It existed in several versions - with different stars on different networks in different years. Hood was an importer in San Francisco who dealt in rare items. John Dunning summarized the show's premise as follows: "With his sidekick Sanderson ('Sandy') Taylor, Hood traveled the world seeking artifacts for his import house. Each item found by Hood had an intriguing history and was inevitably linked to some present-day mystery." The character of Hood was based on real-life importer Richard Gump, who lived in San Francisco. Gump also was a consultant for the program.

On June 3, 1946, The Casebook of Gregory Hood began on the Mutual Broadcasting System, replacing The New Adventures of Sherlock Holmes for the summer. Although intended to be just a summer replacement, it continued in the fall, sponsored by Petri Wine.