Drama series about a crime-solving newspaper photographer
from archive.org

To subscribe to a personalised Casey, Crime Photographer podcast, starting today with and with a new episode , use the following URL: 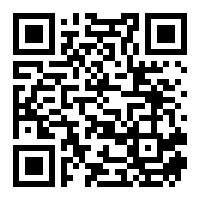 Casey, Crime Photographer had more history than substance. It was a B-grade radio detective on a par perhaps with The Adventures of the Falcon, better than Mr Keen, Tracer of Lost Persons, but lacking the style and polish of The Adventures of Sam Spade.

Originally appearing in the pages of Black Mask, under the watchful eyes of then-editor Joseph Shaw, Flashgun Casey was the originally fast-talking crime photographer, a big, hot-tempered Boston Mick with a gift for gab and a nose for trouble. No "artiste", Casey kept a bottle of hooch and a .38 in his desk drawer, and boasted of being able to put a "slug where he aimed" and having "two big fists he knew how to use". He appeared in several short stories in the pulps and several novels.

Casey, whose first name was never revealed, was the major crime photographer at the fictional Morning Express newspaper. With the help of reporter Ann Williams, he tracked down criminals and solved numerous crimes on this popular mystery-adventure series. Often a picture snapped at a crime scene led Casey to play detective.

Casey and Ann often enlisted the aid their police cheif friend, Captain Logan during each week's half-hour episode. In between assighments, crime investigators Casey and Ann went to their favorite tavern, 'The Blue Note', and discussed their adventures with their bartender friend Ethelbert. There the crowd was friendly and the music was more than a backdrop. The jazz piano belonged to Herman Chittison, Matt Crowley and Staats Cotsworth played Casey, with the latter playing the role longer: Alice Reinheart, Betty Furness, Jone Allison, Lesley Woods, and Jan Miner (best remembered in the role) played Ann at different times.