To subscribe to a personalised The Mayor of Casterbridge podcast, starting today with and with a new episode every days, use the following URL: 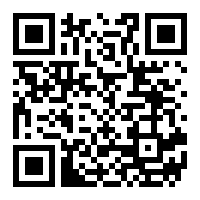 At a country fair near Casterbridge in Wessex Michael Henchard, a 21-year-old hay-trusser, argues with his wife Susan. Drunk on rum-laced furmity he auctions her off, along with their baby daughter Elizabeth-Jane, to Richard Newson, a passing sailor, for five guineas. Sober and remorseful the next day, he is too late to locate his family. He vows not to touch liquor again for 21 years.

Believing the auction to be legally binding, Susan lives as Newsons wife for 18 years. After Newson is lost at sea Susan, lacking any means of support, decides to seek out Henchard again, taking her daughter with her. Susan has told Elizabeth-Jane little about Henchard, and the young woman knows only that he is a relative by marriage. Susan discovers that Henchard has become a very successful hay and grain merchant and Mayor of Casterbridge, known for his staunch sobriety. He has avoided explaining how he lost his wife, allowing people to assume he is a widower.

When the couple are reunited, Henchard proposes remarrying Susan after a sham courtship, this in his view being the simplest and most discreet way to remedy matters and to prevent Elizabeth-Jane learning of their disgrace. To do this, however, he is forced to break off an engagement with a woman named Lucetta, who had nursed him when he was ill.