Dramatisations of the John Creasey adventure novels
from archive.org

To subscribe to a personalised The Toff podcast, starting today with and with a new episode , use the following URL: 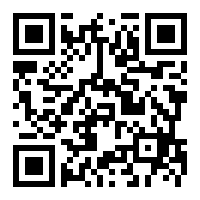 In the series of adventure novels by John Creasey, the Toff is the nickname of the Honourable Richard Rollison, an upper-class crime sleuth Creasey published almost 60 Toff adventures, beginning with Introducing the Toff in 1938 and continuing through The Toff and the Crooked Copper, published in 1977, four years after the author's death.

Rollison is in many ways similar to Simon Templar, although Creasey's other character The Baron bears an even closer resemblance. Unlike Templar, Rollison has no earlier life of crime, although he frequently breaks or bends the law in pursuing his investigations.

Rollison's calling card includes a caricature of a toff--a line drawing with a top hat, monocle, bow-tie and cigarette with a holder. His flat includes a trophy wall, on which is a memento of every case Rollison helped to solve.

In these stories Rollison is moderately well-known, as his exploits are frequently reported in the newspapers. He is as at home in upper-crust society circles as he is in the East End of London.