1940s anthology series by Orson Welles, dramatizing the US aviation industry
from archive.org

To subscribe to a personalised Ceiling Unlimited podcast, starting today with and with a new episode , use the following URL: 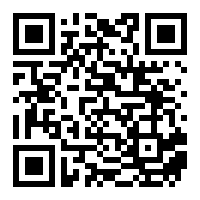 Ceiling Unlimited (later known as America â Ceiling Unlimited) (1942â1944) is a CBS radio series created by Orson Welles and sponsored by the Lockheed-Vega Corporation. The program was conceived to glorify the aviation industry and dramatize its role in World War II.

Ceiling Unlimited was a morale-boosting anthology of stories about heroic tales of aviation. Described by radio historian John Dunning as "aggressively patriotic," the program was sponsored by the Lockheed-Vega Corporation. There were no commercial breaks; the company was content to have just three one-line mentions throughout each show. It was noted in the contemporary press that as Lockheed and Vega had only one lucrative customer â the wartime Allied governments â they did not need to advertise.