Chet Chetter's Tales from the Morgue

To subscribe to a personalised Chet Chetter's Tales from the Morgue podcast, starting today with and with a new episode , use the following URL: 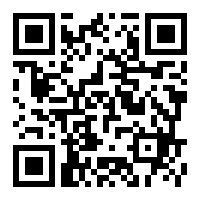 Chet Chetter's Tales from the Morgue is a series of short stories as told by an old obliging morgue attendant, licensed embalmer and resident story teller named Chet Chetter to a passing stranger of the night played by you the listener. The stories Chet relates to us are all quite fanciful. They deal with topics that would be classified supernatural and science fiction. They border on outrageous but that is how they are meant to be. Roughly half of the shows feature a nice, likeable, rural southern manure hauler by the name of Elmer Korn who always finds himself involved in some inane predicament. The creators of the series themselves admit the show is rather off-beat but, you will find, not without itâ¬â ¢s own charm which lies within the humorous writing and the recurring characters.

This series was created and produced by M&J Audio Theater. The M stands for Mark Sawyer and the J is for Jay Reel. Two childhood friends who met in the 6th grade in 1977 with a tape recorder that had a mutual interest in radio drama as influenced by old time radio shows such as X Minus One, Lum and Abner, and Gunsmoke. One can hear these influences in every story from the subject matter and the character voices, to the plots. The creaking door opening, the host's oddly humorous manner and the "pleasant dreams" ending are an undeniable salute to The Inner Sanctum and Himan Brown. Between the two of them, Mark and Jay collaborate to do over 20 characters in these stories. Jay is the voice of Chet Chetter, Elmer Corn, the Sherrif, Roland, and Gale Headrush Taylor. Mark only admits to being the voice of Cecil Farris and incidental characters.

Mark and Jay produced the first Chet Chetter story, "The Highway of Death" in 1989. It was born from a series of 95 episodes which they did over a period of years from 1980 to 1995. They call it "The Conofrof Saga". They submitted "The Highway of Death" to National Public Radio and were amazed when NPR responded with an order for 3 more stories. The 4 episodes were accepted and broadcast on NPR Playhouse in 1990. The following year NPR ordered 9 more installments of Tales From the Morgue to be broadcast as a complete 13 show series in 1992. There were a total of 19 shows produced but 6 were rejected by NPR. M and J are quick to point out that rejection by NPR has no bearing on the quality of the show. The rejections merely reflect the stringent guidelines NPR had for broadcast content at the time.

During the 90â¬â ¢s Tales From the Morgue proved so popular that it aired internationally in Australia and England. Some episodes were featured three times on Sue Zizzaâ¬â ¢s Radio Works including one non-morgue show The Spirit of 76 Marina Hootinâ¬â ¢ Nanny.

Mark and Jay developed a new series called M&J Presents due largely to feeling creatively stifled by NPRâ¬â ¢s rigid standards. With their new series there were no rules, no restrictions. Anything could be done and was.

The shows varied in content and story lines. For them it was more like a miscellaneous collection from the M&J archives. Unfortunately M&J Audio Theater has not produced any new material in over 10 years at the time of this writing but donâ¬â ¢t count them out. They have the same love for theater of the mind as we do and both Mark and Jay would fervently like to return to it at some point. At present Mark and Jay are co-directing, producing, writing and editing a movie based on the first episode of Chet Chetter, "The Highway of Death".