Edited radio show episodes from May 2007
from archive.org

To subscribe to a personalised Chris Moyles, May 2007 podcast, starting today with and with a new episode , use the following URL: 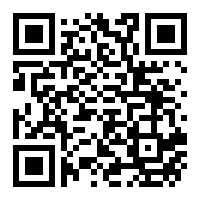 The original BBC Radio 1 show lasted for three and a half hours, with news and sport read half-hourly between 06:30 and 10:00, except at 09:00. Starting on 1 January 2007, the show began with the "Cheesy Song", an opening song performed by session singer Richard Oliver in the style of the "Station Song" jingles which were commonly used in radio before the advent of 24-hour broadcasting. Starting on 5 January 2009, the song had its own day, for example, if it was Wednesday, it would go "the Wednesday Cheesy Song" repeatedly. A typical half-hour segment contained fifteen to twenty minutes of chat, discussing the team members' lives, Radio 1's features, music or popular culture. There were regular celebrity guest interviews usually between 08:00 and 09:00, with the occasional live music performance and frequent first exclusive plays of new single releases. The show relied in a variation of the "zoo" format, with members of the production team, news and sport readers and other studio guests contributing throughout the show.