To subscribe to a personalised The Cinnamon Bear podcast, starting today with and with a new episode , use the following URL: 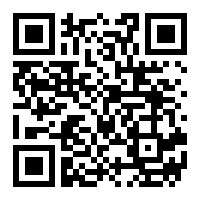 The Cinnamon Bear is the classic story of Judy and Jimmy Barton who search for the family's Silver Star which goes on top of their Christmas tree. They discover the star has disappeared from the attic. Then they meet The Cinnamon Bear, and fly to Maybeland in his Soda Pop Airplane in pursuit of the Crazy Quilt Dragon, whom they believe took the ornament. They meet a host of characters, including Crazy Quilt Dragon, The Wintergreen Witch, Fe Fo the Giant, and even Santa Claus.

Each amazing adventure is a cliffhanger. Several times they recover the star, only to lose it again. Eventually the star is found for good and they return home just in time for Christmas.

This classic story was written by Glan Heisch, inspired by the stuffed bear of his boyhood, for his daughter, Catherine. Radio historians differ on the year of the first broadcast. Some say 1937, others say 1943. It would seem that it was "heard" several years before it was transcribed for broadcast. Airplay would start just after Thanksgiving and run until Christmas Eve.