To subscribe to a personalised Buddenbrooks podcast, starting today with and with a new episode every days, use the following URL: 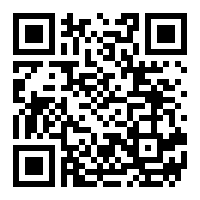 Spanning four generations of the Buddenbrook family, this saga saw the family trying to sustain their inheritance - a trading company on the Baltic Sea - in the changing world of nineteenth century Europe.

Episode 1 of 3
A German merchant family fight to keep their supremacy in the changing world of 1840s Europe. Stars Michael Maloney and Barbara Flynn.

Episode 2 of 3
It's 1848 and the revolution comes to Lubeck.
Michael Maloney, Barbara Flynn. Joseph Millson and Clare Corbett star in this story of an old Hanseatic merchant family fighting to keep their commercial supremacy in the changing world of 1840s Europe.

Four generations of Buddenbrooks try to sustain their inheritance - a once highly successful trading company in the port of Lubeck on the Baltic Sea - in a world where the old ways no longer seem to work. It's 1848, and the revolutionary tide running through Europe has finally reached Lubeck. Will the old merchant families hold on to power? Of the Buddenbrook children, only Tom remains to learn the business. Toni is in Hamburg married to Herr Grunlich, and Christian has gone to England but would rather be in Valparaiso.
Episode 3 of 3
The Buddenbrook family business is under threat from within and without.
The final part of Thomas Mann's Nobel Prize winning story of a 19th Century merchant family struggling to keep pace with changing times. J Thomas and Gerda's son Hanno shows no aptitude for business, but may make a great musician.

Produced and directed by Chris Wallis
An Autolycus Production for BBC Radio 4.