To subscribe to a personalised Counterspy podcast, starting today with and with a new episode , use the following URL: 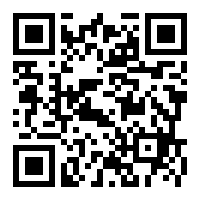 The old time radio espionage and thriller, David Harding Counterspy, was brought to life by radio legend Phillips H Lord. Lord was an old time radio powerhouse, responsible for such shows as Gangbusters, Mr. District Attorney, We the People, and many more.

Airing on the NBC Blue radio station (later becoming ABC) and the Mutual Network from 1942 to 1957, this show helped fill the need of radio listeners who wanted some WWII and post-WWII espionage. David Harding was the chief of US Counterspies, a fictional organization. US Counterspies was involved in all sorts of espionage and counter-espionage against Japan's Black Dragon, and Germany's Gestapo.

It has been hinted at, but not proven that Phillips Lord was involved in some sort of espionage, or government work himself. But that is just a rumor. What is true though is that Lord had unique access to the inner workings of our countries crime and intelligence agencies. This came about because of the cozy arrangement he had while doing the Gangbusters radio show. Gangbusters had had J. Edgar Hoover's blessing and help, and he had a good relationship with the mysterious Hoover. It's believed that through Phillips, some of the stories came about.

David Harding Counterspy had numerous sponsors over the years including Gulf Oil, Kraft Foods, Ex-Lax, etc., but the longest and most memorable is Pepsi-Cola. This old time radio espionage thriller had no problem getting sponsors. The scripts were good, and Counterspy was noted for the quality of the sound effects used. It also brought up some pretty interesting schemes, such as giving our cattle germs to spread disease. Another was putting a bomb in a dog's collar.

This synopsis is with the permission of www.eddiesotr.com