1940s radio drama about an amnesiac detective
from archive.org

To subscribe to a personalised Crime Doctor podcast, starting today with and with a new episode , use the following URL: 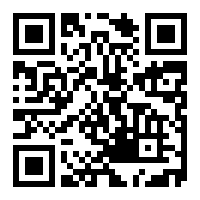 Crime Doctor is a radio crime drama in the United States. Sponsored by Philip Morris cigarettes, it was broadcast on CBS August 4, 1940 â October 19, 1947.

"Originally a criminal himself, he got zapped on the head and lost his memory. With the help of a kind doctor, he began to build a new life and identity, studying medicine and eventually going into psychiatry. ... He decided to specialize in criminal psychiatry because of his intense interest in, and understanding of, the criminal mind."

A photographic story about the program in a 1946 issue of Radio Mirror magazine contained the following comment: "Dr. Ordway ... has become such a favorite with the Police Department of his city that he is constantly being called upon for his shrewd and eager opinions in baffling murder cases. Invariably, his keen medical mind fastens upon the one clue in a case which might otherwise be lost."

The second unusual premise was that, as a 1943 advertisement for a radio station noted, stories dealt with the rehabilitation of criminals.[4] The background for this aspect of the program was that before suffering amnesia, Ordway had been a criminal mastermind. Thus, he went from heading a criminal gang to helping to rehabilitate criminals.

In 1943, Crime Doctor was reported to be one of three then-current programs "credited with being based on actual case histories of criminals and trials." The others were Famous Jury Trials and Gang Busters.