This podcast has been superseded by another one, which may contain additional or better-ordered files. (Or this one could just be a duplicate.)

To subscribe to a personalised Daphne du Maurier short stories podcast, starting today with and with a new episode , use the following URL: 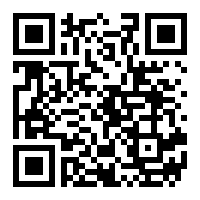 1995-05-13 The Years Between
In the early 1940s, Diana Wentworth's MP husband, Michael, is reported missing, presumed killed in action. Once over the shock, she builds a new life - taking over Michael's seat in parliament, and falling in love with a much more suitable man. But on the eve of their wedding, a phone call brings shattering news....

2001-12-09 Don't Look Now
John and Laura Bennett are on holiday in Venice, trying to get over the tragic death of their daughter. They seem to be succeeding, until a blind psychic starts relaying messages from beyond the grave... Daphne du Maurier's classic tale of slow-dawning terror first published in 1971.

2018-04-29 La Sainte Vierge
Marie's prayers for the safety of her fisherman husband are answered by a miracle. Classic story read by Lin Sagovsky.