The Dark Island
1969 radio thriller set in the Outer Hebrides

To subscribe to a personalised The Dark Island podcast, starting today with and with a new episode every days, use the following URL: 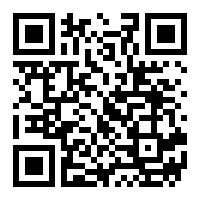 Originally written in 1962 as a BBC TV thriller, this was adapted by Robert Barr in 1969 as a radio thriller.

Set on an imaginary island in the Outer Hebrides in north west Scotland, a fisherman discovers what appears to be a torpedo washed up on a deserted beach. Upon closer examination, the container is found to contain materials for a spy (as the drama progresses, why the spy needs this stuff is never explained), and a couple of army officers go under cover to investigate.

It's not going to give James Bond a run for his money, but for 1969, it's not too bad. The sound effects appear to be courtesy of the local amateur drama group - listen out for the army staff car and the local teacher's car, both with what sounds like an Aston Martin engine...