To subscribe to a personalised Deep Six podcast, starting today with and with a new episode , use the following URL: 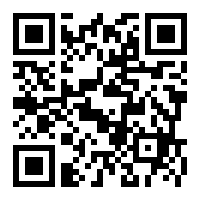 Episodes
1. Target
Terry is an ex-SAS professional occasionally hired by the Secret Services to do special 'jobs'.
The job he has to do now seems easy enough - until he senses that somehow he's the intended victim...

2. Suspect
A top secret file belonging to the Department of Internal Security has been leaked to a left-wing magazine.
Ex-SAS agent Terry Prince has been dispatched to retrieve the file - only to discover the magazine's editor dead and he himself suspected of murder...

3. Loose Ends
Wrongfully accused of murdering the editor of Socialist Attack, Terry Prince is on the run from both the Internal Security Department and gangsters from London's underworld....

4. Framed
Wrongfully framed for a murder, Terry Prince is trying to find out who really did it?
His suspicions fall equally on the government's Internal Security Department and on gangsters from London's underworld....

5. Blackmail
An extensive nationwide search is underway for ex-SAS agent Terry Prince, which so far he's evaded.
Now he's making his way out to a mansion in Oxfordshire, the setting for a deed he's been blackmailed into carrying out...

6. Battle
Terry Prince lurks in the darkness near an Oxford mansion - the setting for the deed he's been blackmailed into carrying out.
The ex-SAS agent is preparing to do battle, with whatever forces await him....