Comic dialogues from Peter Cook and Dudley Moore, with copious swearing
from archive.org

To subscribe to a personalised Derek and Clive podcast, starting today with and with a new episode , use the following URL: 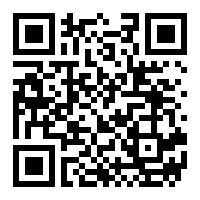 Considered highly offensive by many at the time, the sketches primarily took the form of bizarre, sometime drunken streams of consciousness led by Cook, with interjections from Moore. Memorable moments from the records include Clive claiming that the worst job he ever had was retrieving Lobsters from Jayne Mansfield's ar*ehole, Derek claiming his worst job was cleaning up Winston Churchill's bogeys (leading the pair to conclude that the Titanic was one such bogey), Clive claiming that he was sexually aroused by the sight of a deceased Pope lying in state, and a horse-racing 'commentary' featuring horses named after sexual organs or their vulgarised derivatives.

Though the recordings were far too crude for a mainstream audience, Derek and Clive bootleg recordings circulated. They were mostly unscripted dialogues incorporating copious swearing - including frequent use of the word "C*nt".