To subscribe to a personalised Detective Galbraith Mysteries podcast, starting today with and with a new episode , use the following URL: 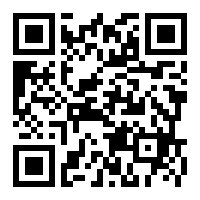 Ex-policeman Bill Galbraith is caught up in mystery and murder in these two gripping, fast-paced detective dramas.

After a long career in the Flying Squad, veteran copper Bill Galbraith is hanging up his truncheon and saying goodbye to the police force. He's looking forward to a quiet life on civvy street - but his best friend, private investigator Tommy Evans, has other ideas....


In The King of Diamonds, Galbraith is enjoying a peaceful retirement in the countryside when Tommy calls him up with a job offer. Adamant that he's done with detection, Bill refuses, but Evans persists - and soon, Galbraith is embroiled in murky goings-on involving a beautiful blonde, a missing diamond courier and a criminal mastermind.


The Midas Touch sees Bill accosted once again by his old PI pal, who shows him a mysterious photograph of a party on a lawn, with circles drawn round the heads of three people. The photo was part of a parcel addressed to a retired criminal lawyer, which also contained bearer bonds, a list of jewellery worth ?750,000 and a letter threatening the life of a man named Paul Carson. The crime the package tells of has yet to be discovered - can Galbraith root it out?