The Diary of a Nobody

Adaptation of the comic novel with Johnny Vegas and Katherine Parkinson
from archive.org

To subscribe to a personalised The Diary of a Nobody podcast, starting today with and with a new episode , use the following URL: 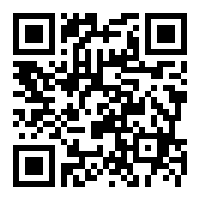 The Diary Of A Nobody
Johnny Vegas and Katherine Parkinson star in Andrew Lynch's adaptation of the George and Weedon Grossmith's comic novel of 1892.
The Diary Of A Nobody is a social vignette of Charles Pooter, a self-important but likeable clerk, his loving wife Carrie and their son William. The Pooter character has been described as 'a metaphor for lower middle-class pretension and pomposity' and been reproduced in creations such as Victor Meldrew and Captain Mainwaring.

Much of the action takes place in The Laurels in Brickfield Terrace, a house that the Pooters share with their maid Sarah, to a raucous backdrop of passing trains. The house is frequently visited by colourful houseguests whom Pooter describes as 'trusty fairweather friendsâ.

This full, authentic dramatisation has a Victorian sitcom feel and captures the kind of lower middle-class aspiration that still holds true today.

Charles Pooter is played by Johnny Vegas, Katherine Parkinson (The IT Crowd; The Boat That Rocked) plays Carrie, and Andrew Gower (Being Human; Misfits) plays William.