Dick Barton and the Secret Weapon
An adventure of Dick Barton, Special Agent

To subscribe to a personalised Dick Barton and the Secret Weapon podcast, starting today with and with a new episode every days, use the following URL: 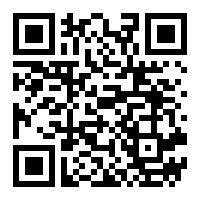 Dick Barton  Special Agent is a radio thriller serial that was broadcast in the BBC Light Programme between 7 October 1946 and 30 March 1951. Produced and directed by Raymond Raikes, Neil Tuson, and Charles Lefaux, it was aired in 15-minute episodes at 6.45 (later 6.15) each weekday evening. From 11 January 1947 an additional "omnibus" edition repeated all of the week's programmes each Saturday morning between 11.00 and 12.00. In all, 711 episodes were produced and the serial achieved a peak audience of 15 million. Its end was marked by a leading article in The Times.

The serial followed the adventures of ex-Commando Captain Richard Barton MC (Noel Johnson, later Duncan Carse and Gordon Davies) who, with his mates Jock Anderson (Alex McCrindle) and Snowy White (John Mann), solved all sorts of crimes, escaped from dangerous situations, and saved the nation from disaster time and again.

Beginning in 1948, the Hammer film company made three Dick Barton films and, long after the radio series had been replaced by The Archers, Southern Television made a television version in 1979. Dick Barton has also been adapted into a tongue-in-cheek stage play and a spoof radio comedy. Each version has featured the original's memorable signature tune, "Devil's Galop" by Charles Williams.

Dick Barton and the Secret Weapon was written by Edward J. Mason and originally broadcast 1946. The serial was re-recorded in November 1972 with much of the original cast.