To subscribe to a personalised Dimension X podcast, starting today with and with a new episode , use the following URL: 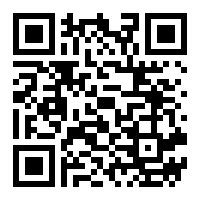 Strange that so little good science fiction came out of radio; they seem ideally compatible, both relying heavily on imagination. Some fine isolated science fiction stories were developed on the great anthology shows, Suspense and Escape. But until the premiere of Dimension X -- a full two decades after network radio was established -- there were no major science fiction series of broad appeal to adults. This show dramatized the work of such young writers as Ray Bradbury, Robert (Psycho) Bloch, Robert Heinlein, Isaac Asimov, and Kurt Vonnegut. In-house script writer was Ernest Kinoy, who adapted the master works and contributed occasional storied of his own.

Dimension X was a very effective demonstration of what could be done with science fiction on the air. It came so late that nobody cared, but some of the stories stand as classics of the medium. Bradbury's "Mars Is Heaven" is as gripping today as when first heard. His "Martian Chronicles" was one of the series' most impressive offerings.