Doctor Who - The Audio Visuals

To subscribe to a personalised Doctor Who - The Audio Visuals podcast, starting today with and with a new episode , use the following URL: 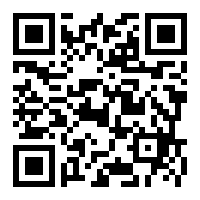 The Audio Visuals began with their pilot recording of The Space Wail in 1984. The following three seasons of stories were produced by Bill Baggs between 1985 and 1988. The fourth and final season was produced by Gary Russell from 1989 to 1991. There were plans for a fifth season which were later abandoned.

Many of the people working on the Audio Visuals went on to produce more professional, licensed Doctor Who audio dramas for companies like BBV and BIG Finish. Gary Russell became the executive producer of BIG Finish Productions, which he also wrote for along with numerous books. Nicholas Briggs is now executive producer of BIG Finish Productions, which he has also written, directed and acted for. He also worked for BBV. Both they (and others involved with Audio Visuals) went on to work for the BBC on the official Doctor Who franchise, with Briggs becoming the programme's designated Dalek and Cyberman voice artiste, as well as appearing on screen in the Torchwood: Children of Earth miniseries. Russell became the script editor for the revived series in 2005.
Some of the Audio Visuals' stories were later adapted for release by BIG Finish. These were, The Mutant Phase, Vilgreth (released as Last of the Titans), Minuet in Hell, Sword of Orion, and Cuddlesome. More Than a Messiahwould later be adapted as a video production for BBV as part of the Stranger series, with Colin Baker, Nicola Bryant and Sophie Aldred in major roles, but with all direct references to Doctor Who characters and concepts changed.