Flying the Flag
Series set in a British Embassy during the Cold War.

To subscribe to a personalised Flying the Flag podcast, starting today with and with a new episode , use the following URL: 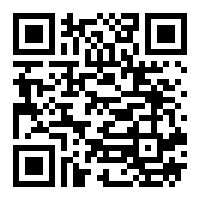 BBCR4 1987 - 1992
Flying the Flag was a BBC radio sitcom set in a British embassy in the Eastern Bloc during the Cold War. It ran for four series, aired from 1987 to 1992,
which have been repeated numerous times.
Created during the Cold War, this BBC Radio 4 sitcom chronicled the vagaries of diplomatic life in a fictitious eastern-bloc country. Dinsdale Landen starred as the
British ambassador, with Peter Acre (as First Secretary William Frost) and Moir Leslie (as Helen Waterson, the embassy's typist and secretary) as his assistants,
and Stephen Greif as the US Ambassador.
Later series moved with the times as the country embraced perestroika.