To subscribe to a personalised Frontier Town podcast, starting today with and with a new episode , use the following URL: 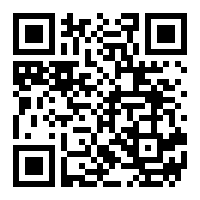 Chad Remington is an aspiring new lawyer in the big city whose world and dreams are turned upside down by the news of his father's murder back in the small ranching town of Dos Rios where he was raised. His quest to bring the killer to justice serves as the springboard to an unexpected new career as a crimefighting attorney struggling to bring order to his small corner of the frontier as it makes the difficult transition from the Old West to the New.

Remington is played initially by Jeff Chandler, oddly billed here as "Tex" Chandler despite being at this time already an established star in both radio (Our Miss Brooks) and film (Broken Arrow). Halfway through the program's relatively short run, the role is assumed by another veteran actor, Reed Hadley.

The obligatory Western sidekick is a hard-drinking gentleman of mixed blood called Cherokee O'Bannon, and is played by comedic character actor Wade Crosby, who chose to borrow W.C. Fields' voice for the purpose with results perhaps best judged by the individual listener!