To subscribe to a personalised Jack Frost podcast, starting today with and with a new episode every days, use the following URL: 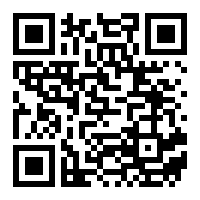 Inspector Jack Frost became well known through a series of novels and a long running TV adaptation starring David Jason. The character was originally created however for this 1977 radio drama, later published as the novel "Frost At Christmas".

Three days to Christmas, sub-zero temperatures and the search parties are out looking for eight-year-old Tracy Uphill. Detective Inspector Frost can't even organise his own office: how can he be trusted with a. vital case of this complexity?

In the second of the two Frost radio plays, DI Jack Frost, officially on duty, is nevertheless determined to sneak off to a colleagues leaving party. But first the corpse of a well-known local junkie is found blocking the drain of a Denton public lavatory and then, when Frost attempts to join the revels later on, the nubile daughter of a wealthy businessman is reported missing.