1974 remake of sci-fi series X Minus One and Dimension X
from archive.org

To subscribe to a personalised Future Tense podcast, starting today with and with a new episode , use the following URL: 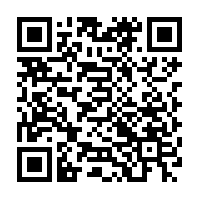 Future Tense was the title given to two short series of shows created with amateur actors and production staff, airing at various times in 1974 through 1976 on WMUK, the college radio station of Western Michigan University, Kalamazoo, Michigan.

Shows were announced as being produced by WMUK Special Projects. Professor Eli Segal updated some X Minus One and Dimension X scripts, changing place and time to local area and time, as required. The series used original X Minus One music opening, closing and scene bridges although it didn't use the X Minus One "blast off" sequence. (It did use it at least once as a sound effect.) Series 1 aired May of 1974, broadcast Monday through Thursday. This series was repeated in June of 1974 and again in August of of 1976.