To subscribe to a personalised Dr Gideon Fell podcast, starting today with and with a new episode , use the following URL: 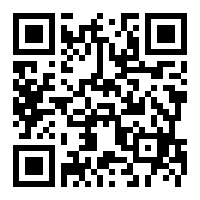 Dr Gideon Fell is a fictional character created by John Dickson Carr. He is the protagonist of 23 mystery novels from 1933 through 1967, as well as a few short stories. Carr was an American who lived most of his adult life in England; Dr. Fell is an Englishman who lives in the London suburbs. Dr Fell is supposedly based upon G. K. Chesterton (author of the Father Brown stories), whose physical appearance and personality were similar to those of Doctor Fell. Dr. Fell is described as a corpulent man with a moustache who wears a cape and a shovel hat and walks with the aid of two canes. He is frequently described as bringing the spirit of Father Christmas or Old King Cole into a room. In his early appearances he was introduced as a lexicographer but this description gradually disappeared and he was thereafter mostly referred to as working on a monumental history of the beer-drinking habits of the English people. Dr. Fell is an amateur sleuth, frequently called upon by the police, whom he frustrates in the usual manner of most fictional detectives by refusing to reveal his deductions until he has arrived at a complete solution to the problem. The most recurring police character was Superintendent Hadley. Most of Fell's exploits concern the unravelling of locked room mysteries or of "impossible crimes". When he himself becomes frustrated, he is likely to cry out, "Archons of Athens!" When Fell is not traveling, he lives with his wife in a somewhat cluttered house. The wife's name is never given, and little of her character is revealed, except that she is rather eccentric as well. She goes unmentioned in many of the books, but an allusion to her late in the series indicates that the couple's domestic life is unchanged. The Fells have no children. Chapter 17 of the novel The Three Coffins contains Dr. Fell's "locked room lecture", in which he delineates many of the methods by which apparently locked-room or impossible-crime murders might be committed. In the course of his discourse, he states, off-handedly, that he and his listeners are, of course, characters in a book.