To subscribe to a personalised Grievous Bodily Radio podcast, starting today with and with a new episode , use the following URL: 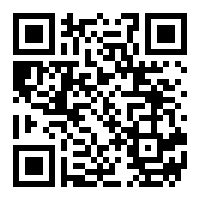 As the name suggests Grievous Bodily Radio is series which tended to be bruising.

This quarter-hour sketch show was written by newcomers Jon Holmes and Andy Hurst, who performed it with Mike Chequer, Emma Clarke and the impressionist Peter Serafinowicz.

With its abrasive material and youth-oriented references, the show was typical of the kind of programming which had, until recently, been heard on Radio 1: the original intention was to broadcast it on both stations (as had been done with a couple of shows in 1993), but the Radio 1 policy decision to end comedy programming came into effect before the series made it to air.

Sadly, Radio 4 proved unable to assimilate Grievous Bodily Radio's style after a number of complaints from listeners, the sixth and final show in the run was pulled (it was replaced, without explanation, with a compilation of safe material from earlier shows), and the series was not repeated or recommissioned.