To subscribe to a personalised Hello Americans podcast, starting today with and with a new episode , use the following URL: 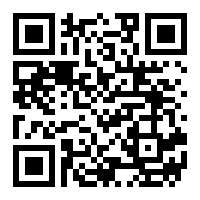 Hello Americans was a 12 episode show Orson Welles made as another contribution to the war effort in 1942-3, and stems in part from his interest in Latin and South American culture. It was no doubt spurred by his time in Brazil working on the movie It's All True. The show is a generally lighthearted affair, and Welles clearly seems to enjoy himself. The first episode in particular, with Carmen Miranda, is a prime example of this.

Hello Americans did have some more serious moments, and despite some lapses into melodramatics, most were carried off reasonably well. The show is peppered with numerous editorial insertions, pertaining mainly to racism, although the odd barb against fascism pops up now and again. What is perhaps most worthwhile about the show is its portrayal of Central and South America countries as full of interesting history and people, with little condescension.