To subscribe to a personalised Henning Knows Best podcast, starting today with and with a new episode , use the following URL: 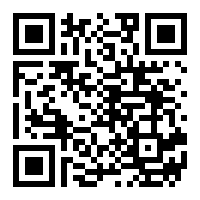 Henning Wehn (the self-appointed German Comedy Ambassador to the United Kingdom) has spent over ten years living in the UK and feels he's in a good position to share his views on Britain and its unique foibles. With a tongue sharper than a rapier sword, and searing Teutonic honesty, he shares his thoughts on what it is to be British.

Taking a look at various aspects of British life over the next six weeks - politics, languages, sport, humour, shopping - he begins with the very British subject of class.

Each week he's joined by his musical companion Otto Kuhnle - the Fatherland's foremost Yodelmeister - and a different guest. These will include Andy Hamilton; Laurence Llewelyn Bowen; Graham Taylor; language expert Henry Hitchings and the ex-football mascot and Mayor of Hartlepool Stuart Drummond.