To subscribe to a personalised Life Begins at 38 podcast, starting today with and with a new episode , use the following URL: 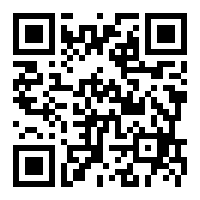 Raised in Germany, Hoffnung was brought to London as a boy, to escape the Nazis. Over the next two decades in England, he became known as a cartoonist, tuba player, impresario, broadcaster and public speaker.

After training at two art colleges, Hoffnung taught for a few years, and then turned to drawing, on the staff of English and American publications, and later as a freelance. He published a series of cartoons on musical themes, and illustrated the works of novelists and poets.

In 1956 Hoffnung mounted the first of his "Hoffnung Festivals" in London, at which classical music was spoofed for comic effect, with contributions from many eminent musicians. As a broadcaster he appeared on BBC panel games, where he honed the material for one of his best-known performances, his speech at the Oxford Union in 1958.