To subscribe to a personalised It's A Fair Cop podcast, starting today with and with a new episode , use the following URL: 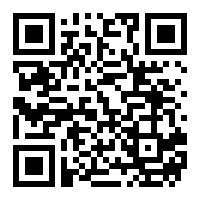 Alfie Moore spent eighteen years on the Humberside Police force before turning to stand-up comedy. In his time as a cop on the beat Alfie has seen it all so, in addition to all that policing knowledge and experience, he has a wealth of hilarious stories you just couldnt make up.

His BBC Radio 4 Comedy series ITS A FAIR COP is the perfect vehicle for Alfie to skillfully blend succinct layman explanations about the law, with very funny anecdotes from his own policing experiences, whilst taking the audience through a real-life scenario with which he has dealt.

The premise of the show is that Alfie swears in the audience as police officers for the night and, as the scenario unfolds, they are challenged by the real moral dilemmas that police officers on the street face every day and invited to say what real-time decisions they would have made. Often with unexpected and entertaining results!

With the benefit of hindsight decisions made by police officers on the street can look like howlers after the event (or in the press) but officers often have to make snap decisions based only on the information that they have in front of them. Sometimes only seconds to make very difficult decisions  and the audience gets to have a taste of how this feels as Alfie takes them through a different scenario each week.

Along the way Alfie spills the beans on what it's really like to be one of Britain's finest, tells us some great anecdotes about the law breakers and makers that he's come across.